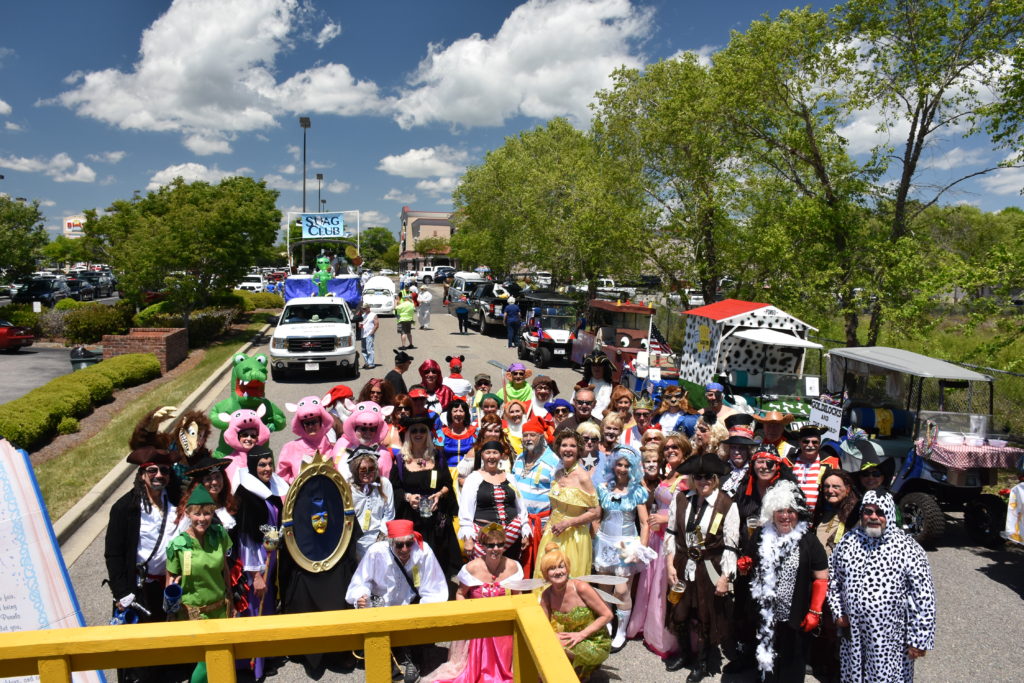 Thanks to all who participated!  We enjoyed another successful parade.  For the last 16 years, the ODSC has won whatever category we entered.  This year, we entered “Most Original” and WE WON!  Boy, were the carts and people original!  To go along with the overall parade theme (Blast from the Past), the ODSC theme was “Once Upon a Time at SOS”.  The characters that we had in our entry included the following:

The costumes and carts were outstanding!  Many, many thanks to all who helped build the float and to tear it down afterward.  Without all of your help, we would not have been able to have such an outstanding entry.  Special thanks to all our dancers for the time you spent making sure your dance was superb!

Thanks also to John Barringer & Nancy Sook who helped with all the sign-ins and bead distribution, the morning of the parade.  Thank you, thank you, thank you to Donnie and Wendy Schultz who let us use their trailer to get all our float stuff to the prep site.

A special thanks to Sonny and Tina Tomberlin for all of their work in the month prior to the parade.  They put in a lot of time and effort.  And of course, a special thank you to my wife, Monica, who helped in many ways.

If you have not participated in a parade, you are missing a ton of fun and I encourage you to join us next year.  You will not regret it. 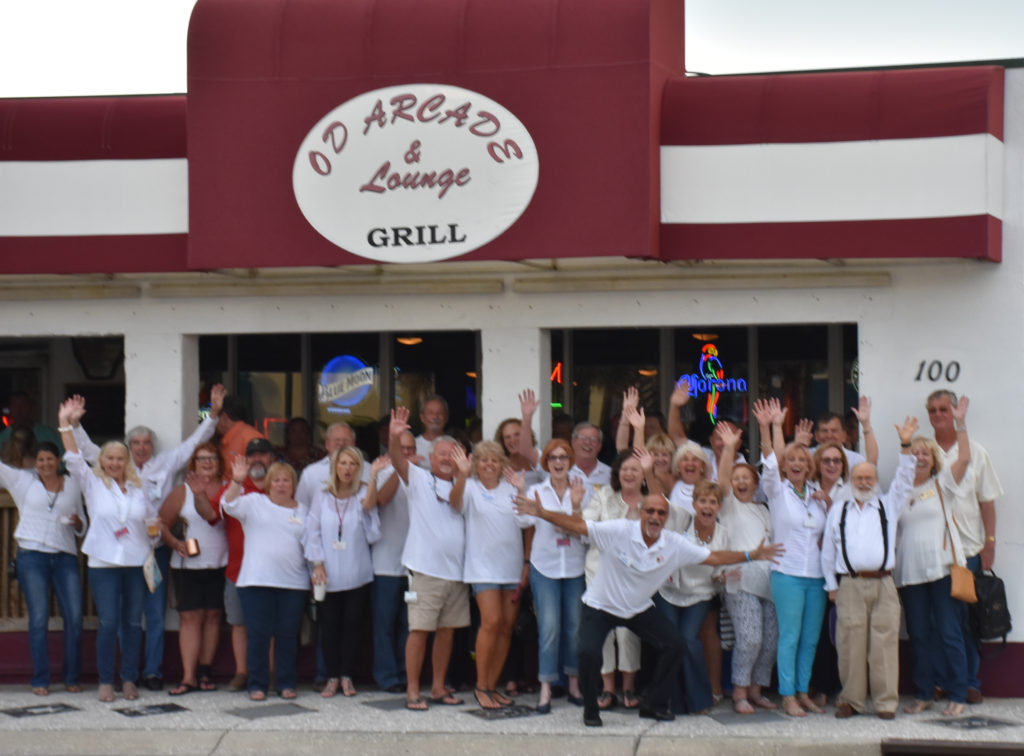 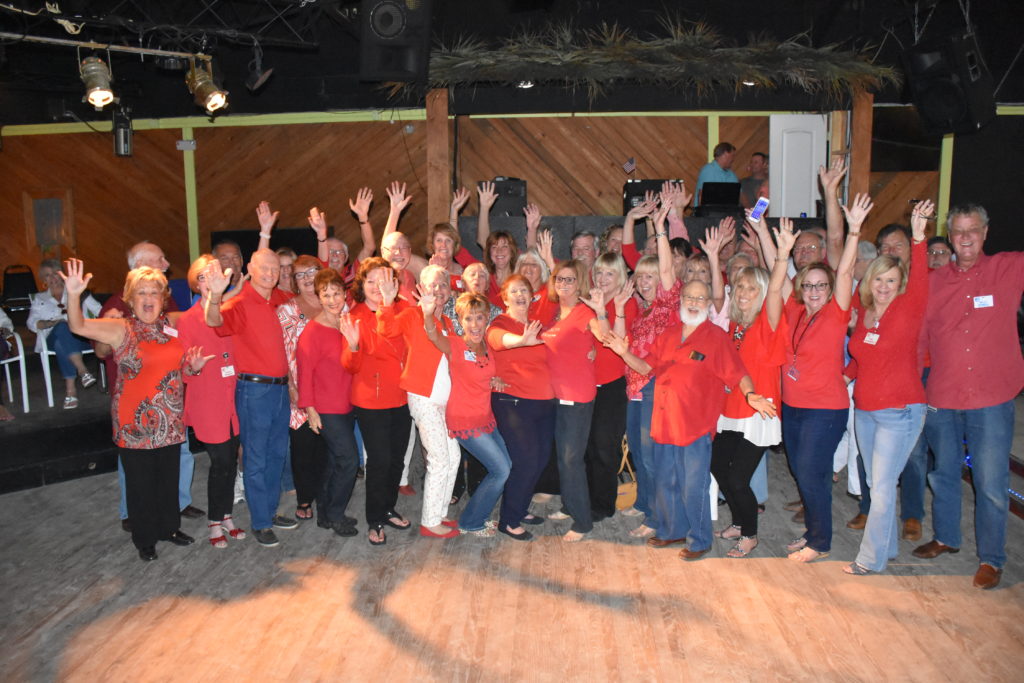 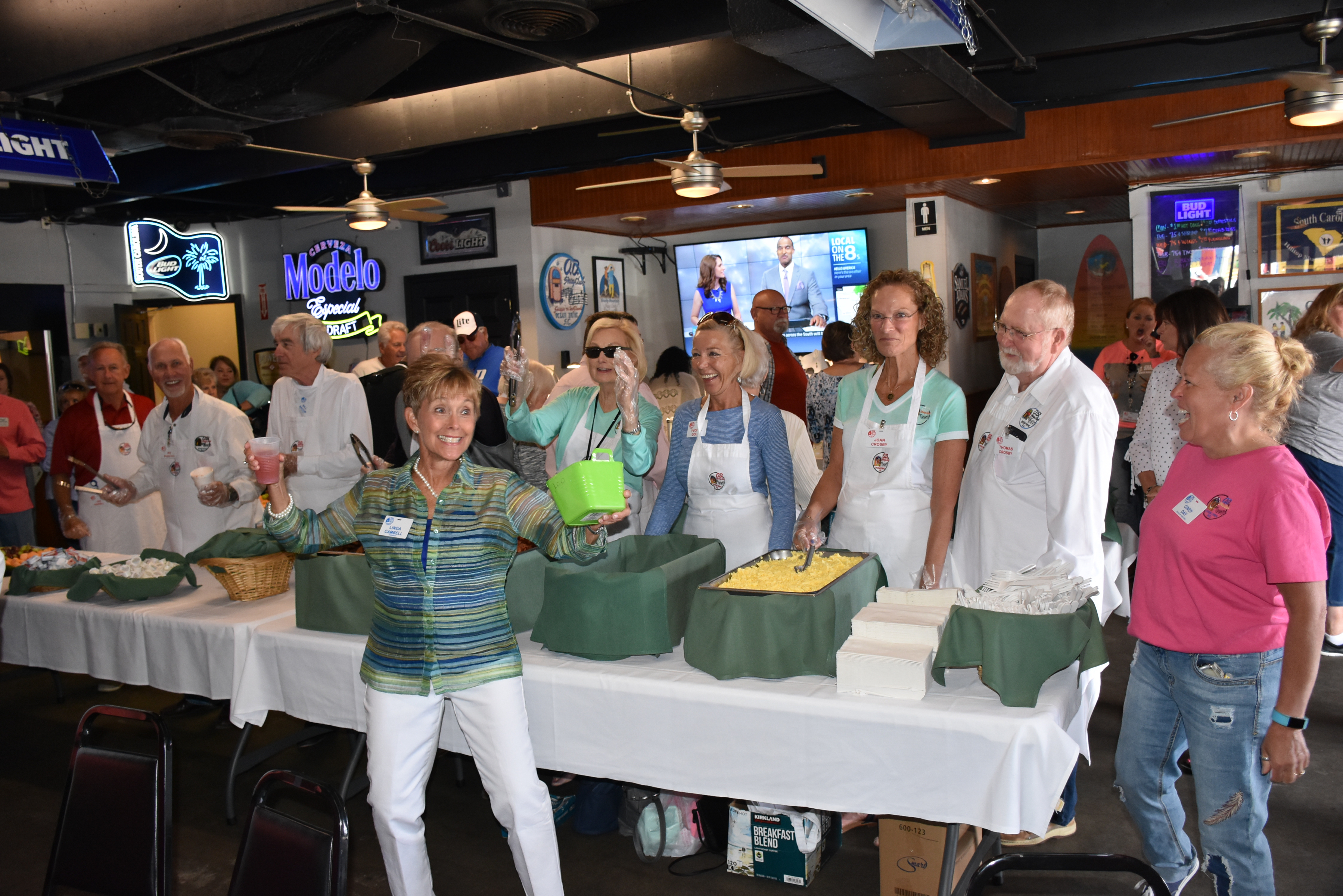 WOW! What a great morning for 340+ at the OD Shag Club Spring Safari Brunch. No way you can go wrong with great friends, beautiful weather, delicious food, awesome music and all the other extras that were a part of this terrific event.

Our 340+ included 304 members, 26 guest, and 10 special visitors from the Junior Shagger community. DJ Murl Augustine entertained us with great dancing music. Our breakfast of eggs, bacon, sausage, grits, biscuits and fruit plus our famous happy punch was a huge success. Thanks to Wendy and Donnie, their crew, all our volunteer servers and to Pam & crew for all their work in making this such a success. Also, thanks to the Hospitality crew for working hard with sign in and information.

Linda Campbell started the morning out with a welcome to all, a few announcements and a blessing to begin the event.  To take care of business, Linda asked for a vote by the members on a previously sent out change to our By-laws Section 11 Website Committee: Webmaster duties are as follows

The vote resulted in a unanimous approval.

The Ways and Means committee provided a great area for people to spend minutes until their ticket color was called to eat. It was a very successful wait as the committee chairs reported “a great morning for sales”. Thanks to the committee and all who helped the buyers with the many new products.

We were entertained by the Junior Shaggers, who though smaller than usual in numbers due to “prom night” provided us with awesome dancing. The Club donated $290 (our share of the 50/50) to the junior shaggers to help defray some of their costs. Many thanks to Cathy Jamiolkowski and Billy Powell for making it possible for our donation and a special thanks from Gloria Cates as the winner of the 50/50 drawing. Our other winners were Joe Ferlauto name tag winner and Nancy Pardini logo winner.

It was a fun filled morning with happy faces and big smiles abound. All we heard when leaving the building was “this is the best one we have ever been to.” Thanks to all who made it that way.