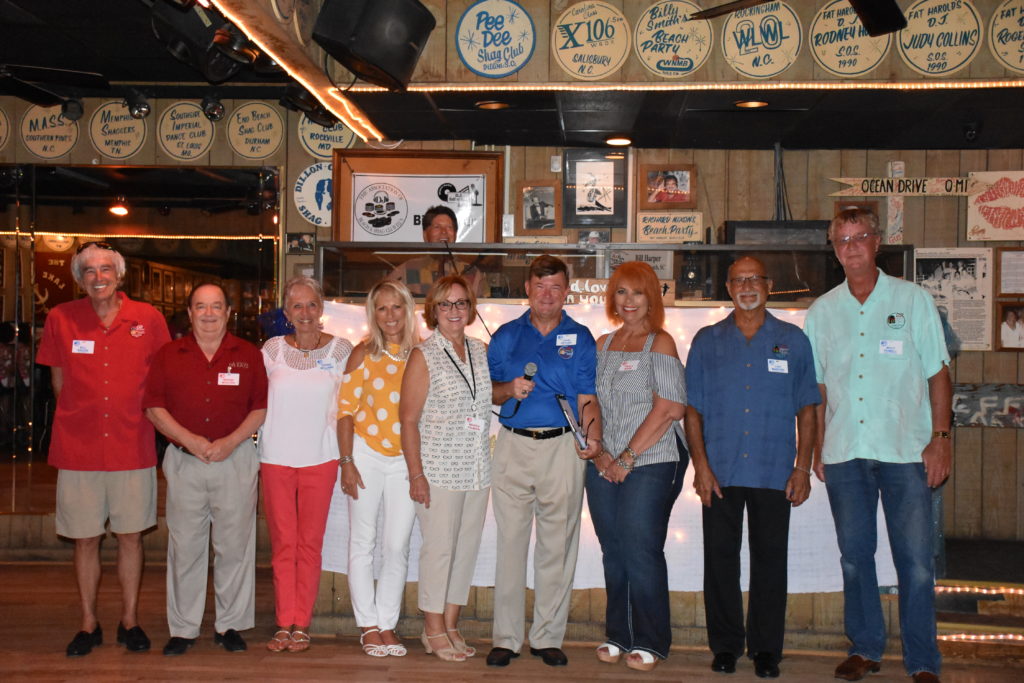 The OD Shag Club held its 2018 Nominations Party on Saturday, August 20that Fat Harold’s at 6:00pm to introduce the Nominees for the Executive Board for 2019. John Setzer, Nominations Chairperson, began by giving the instructions for the night for the purpose of accepting nominees announced as well as those nominated from the floor. Those being placed on the ballot for the October 20th Elections Party are:

Board of Directors (3 positions available):

While the membership was waiting for the food (Bar B Que and all the fixins) to be served by the awesome Food Committee of Donnie and Wendy Shultz, Linda Campbell, President and the OD Shag Club Dance Team had a little dance activity to recognize the new members who had joined the club since 2018. Each new member was invited to dance and get a “star” added to their name badge and then they were to invite another new member to dance as well. It was a fun activity as all danced to the awesome music that DJ Bill Harper kept playing to keep the dance floor full.

After all, had eaten all they could hold of all the Bar B Que and the fixins, left over Bar B Que was sold to the membership for them to enjoy at another time.

The winner of the logo was Sharon Simpson, Name Tag was Phil Crawford and the big winner of the evening of the 50/50 was Bill Bacon.