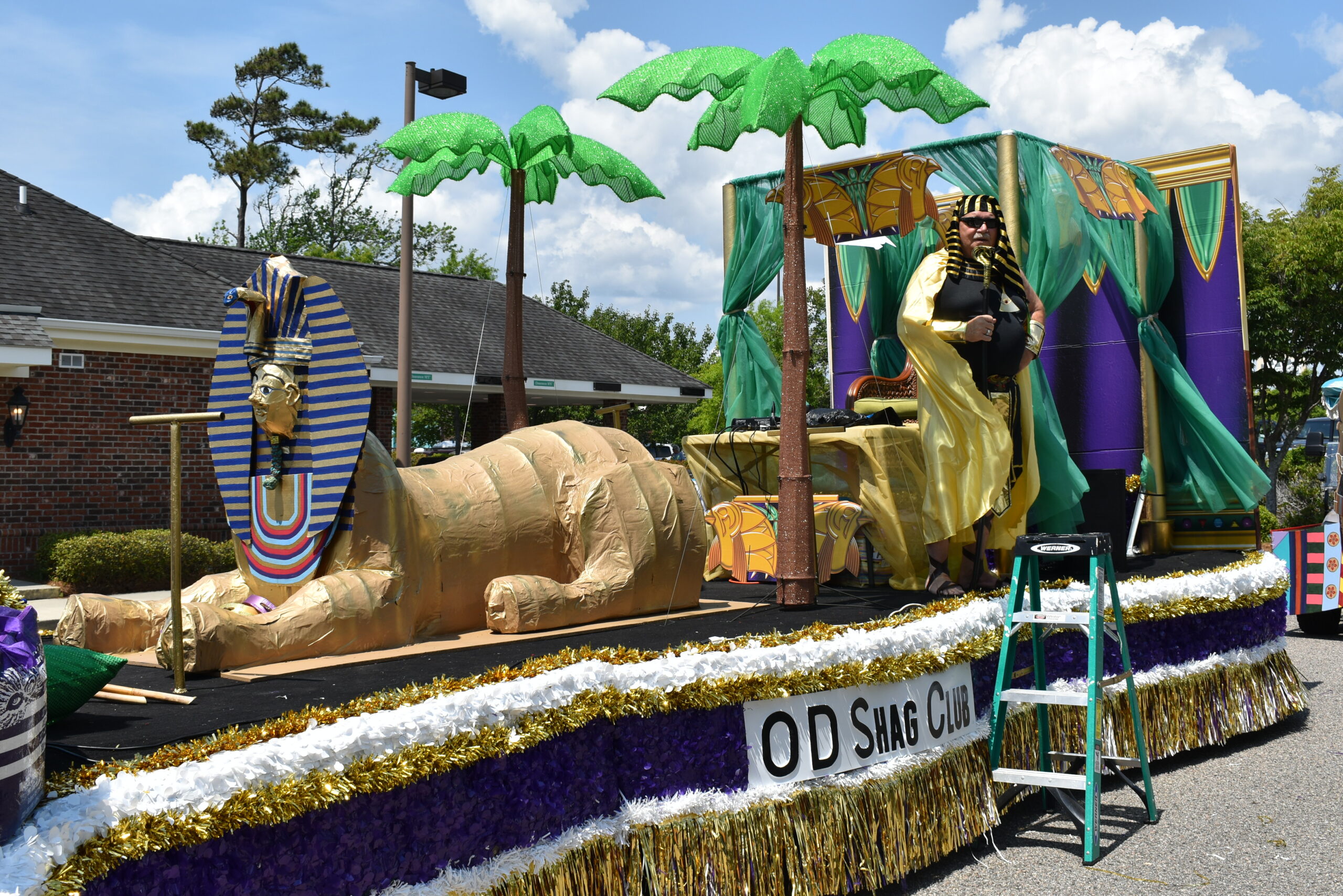 After a two-year delay, due to the COVID-19 Pandemic, finally there was a “GO” from the SOS board for the 2022 SOS Spring Safari Parade.

The OD Shag Club had been preparing for this for over two years by late Presidents Billy Powell and John Setzer, so it was agreed we would honor their theme idea of “ROLLING THRU THE SANDS…THE OD SHAG CLUB CARAVAN”!

For some six to seven weeks, in the garage of Bill and Diane Millman, the work began on the focal point of the float; that being a completely cardboard and papier-mache 4X8 Sphinx.

Not only was the float amazing due to the creative talents of the above members of the ODSC, the Nine Golf Carts also displayed fun and artistic themed decorations, such as “Oasis Bar and Grill, Clyde and Co Camel Traders, Pharaohs Phuneral Parlor, and many others.  The ODSC is blessed to have talents of Kay and Mark Hughes, Robin and Julie King, and myself as we dressed the carts to go along with the theme.

So much fun, excitement was felt as the parade went down Main Street, along with the other SOS Club entries.  The crowds on the sides of the streets were shouting and hands waving for beads and clapping for their favorite club.

The ODSC wants to send grateful thanks to the Parade Board, to Terry and Kathy McCoy, who have taken Donnie and Wendy Schultz place as Parade Chairs.  Special thanks go to the SOS Parade judges as the OD Shag Club took First Place Most Original.

THANK YOU SO MUCH TO EVERYONE INVOLVED TO HELP MAKE THIS HAPPEN AND WE SO LOOK FORWARD TO DOING THIS AGAIN NEXT YEAR!!