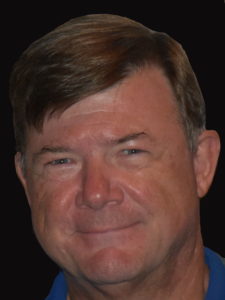 Hi, my name is John Setzer.  After retiring from CVS/Caremark Pharmacy with over 30 years of service I moved to North Myrtle Beach with my wife Lori Setzer in 2015.  While living in Lewisville, NC, I was an active member of the Greater Triad Shag Club from 2008 – 2016 helping with the Ways and Means Committee and attending the ASCS meeting in Jacksonville, FL in 2012.  I also served on the Board 2012 – 2013.  I joined the ODSC in 2014 and have been active in helping sell ODSC merchandise and golf cart tickets during SOS and other events. Along with my wife, I have been a member of the ODSC Dance Team since 2016 where we have enjoyed showcasing the dance to others.  I also helped build the SOS Parade float 2017 and participated in the dance troupe for the parade.

Before retiring, I had the privilege of holding numerous leadership roles in pharmacy:

Our love of the music and dance brought us here.  My wife and I regularly dance and love to help others as they begin shagging.   I would like to serve as a member of the Board to help give back to the club and support the dance we all love. Your vote would be greatly appreciated.