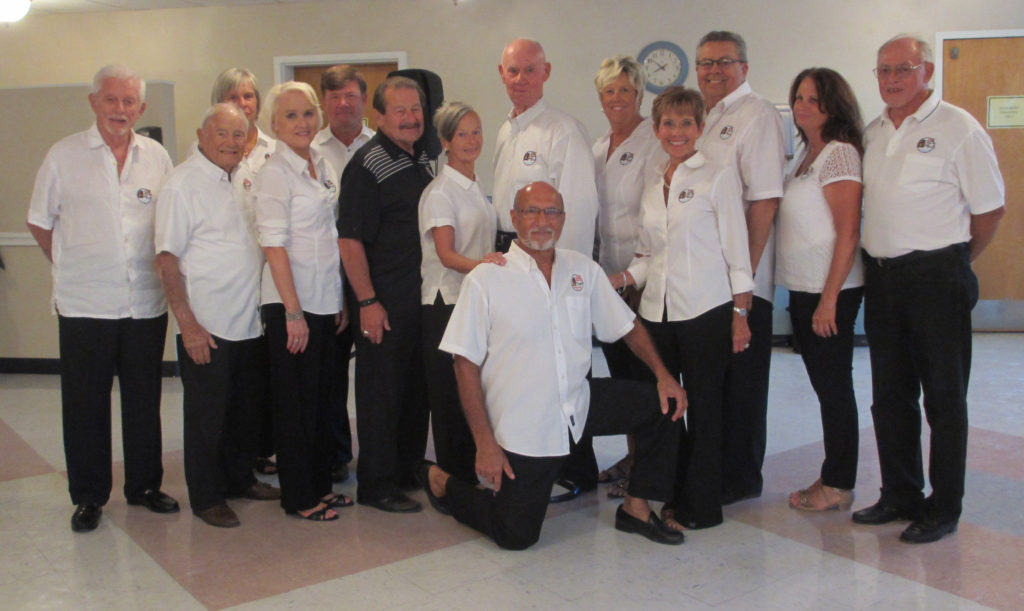 The OD Shag Club was invited to Loris Rehabilitation and Nursing Center in Loris, SC on July 26, 2016. This was our first time at this facility and we were anxious to be able to introduce the Team and the Shag Dance to the residents and the staff members.

We also had new members to dance with the team so it was their first time as well. We were welcomed by the Rehab nursing director – Cindy Cox and many of the staff members who stated they were very appreciative of us coming to their facility.

There were approximately 40 residents in attendance and about 10 staff members.

Cindy said that we could dance as long as we wanted, so each team couple danced between 1 1/2 to 2 minutes. The residents oohed and aahed as each couple did various versions of the shag and many of our couples doing various mirrored steps.

Of course, they are always amazed with Lenny Gardner who will be a young age of 94 and the way he can still get out on the floor and sway. His favorite dance is the Cha-Cha.

We enjoyed dancing for the residents and the staff. They have asked us to put them on the schedule for next year.

The team was able to instruct the staff and even one of the male residents who was in a wheelchair in the basic, female turn, male turn, and a pass step. They participated with such enthusiasm. It is always a joy to see the smiles on the resident’s faces and being able to promote the shag dance.

I would like to thank those team members that made this event a great success and to thank them for taking the time out of their busy schedules to share and do what we do best.