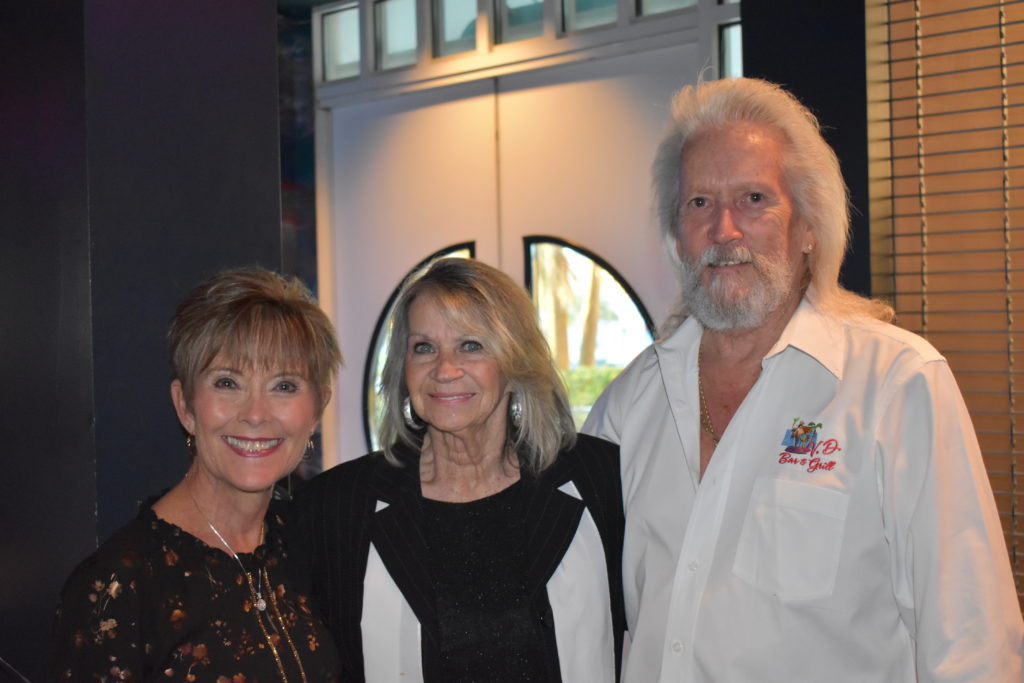 There will be many more children having a joyful Christmas by the generosity of the many friends and neighbors of Horry County, North Myrtle Beach and the surrounding area.

Since the OD Shag donated to “Toys for Tots” in North Myrtle Beach Saturday Night from 5PM to 11PM at the Spanish Galleon several of the members of the OD Shag Club attended the “O.D. Locals 2018 Christmas Party. The donation from the club allowed us to be in the sponsor category.

As sponsors of this event, we were able to get in the doors at 5PM. At the door was David Smith. Each of us had a band around our wrist as sponsors, with that for the sponsors there were free drinks and food for an hour.

At 6PM the locals were invited in for free food. The room began to fill. The food was great: beef, chicken, sides, salads, fruits and vegetables. There was music playing as all the sponsors were displayed on overhead TV’s.

Anyone can be a sponsor just check with David Smith

At 6PM everyone went over to the ballroom where Gary Lowder & Smokin’ Hot Band was playing. Also playing that night was Fred Thomas of the James Brown Band and Allie Privette.

Pictures for this event will be on our website (just a few) more pictures can be seen on OD Mafia.

Normally there are Marines that take part in this event, however, they were unable to make it this year.

It was a great event, one that the OD Shag Club should sponsor next year.