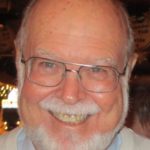 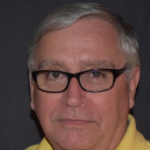 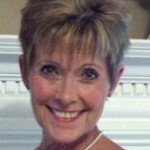 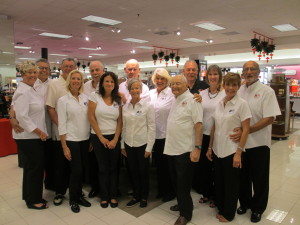 To see the Pictures of this event – Click Here

The OD Shag Club Dance Team was asked to dance at Belk’s Department Store at the Myrtle Beach Mall on November 14, 2015. Their theme for the event was called Santa Fest. We arrived at Belk’s around 1230pm and were met by Kerry Brown, Department Manager. The shoe department was very busy since they were having a big sale on shoes so we had a pretty big audience to dance for. Our team answered several questions as to who we were and were we were located. A couple of the shoppers requested an application to join the OD Shag Club. After we danced an elder couple approached me and asked if we could play 60-minute man since that was there song back in the day. Although the gentleman was unable to dance due to his physical condition he leaned against the mirror and danced with Barbara Harper. He wife of 58 years danced with Lenny Gardner. They could not have been more grateful. Thanks to Scott for playing our music. I would like to thank those members of the Dance Team who danced at this event:

A special thanks goes out to Cindy Day who works at Belk’s for inviting us to dance at this event.