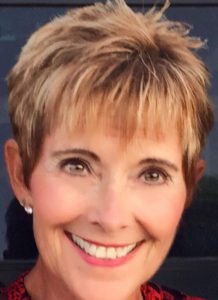 My name is Linda Benfield Campbell.  I currently reside in Longs, SC after relocating here from Columbia SC in 2010.  I am originally from Statesville, NC and am currently employed with Aflac as a Sales Associate. While working with Aflac, I have held several positions including State Training Coordinator for NC, SC, and Florida, District Sales Coordinator in NC, SC, and Florida and Training Manager at Aflac’s World Wide Headquarters in Columbus, Ga.

I began shag dancing with my Twin Sister, Brenda, in Statesville, NC in 1996. While in Statesville I was a member of several shag clubs, and I held numerous positions within the Statesville Shag Club including Secretary, Vice President. I also chaired Entertainment/Decorating and Ways and Means committees.  In September of 2001, I won the Rookies Revenge Contest during SOS with Larry Davis.

I have been a member of the OD Shag club for 7 years. I am Vice-President of the ODSC. In 2015, I was elected to the 2016 Executive Board.  I was the Entertainment/Decorating Co-Chair for 2 years (2011-2012), Co- Chaired the Vacation Giveaway Fundraiser 2013 and Chaired the 2014 Golf Cart Fundraiser. In 2012, Lou Martino and I founded the ODSC Dance Demo Team that now has grown to over 30 members. We demonstrate the shag to nursing homes/assisted living homes in the community, conventions, weddings and just about anywhere we can showcase the dance. I have volunteered for many of the events of The ODSC including participating in parades, golf tournament, ways and means, and serving at the Brunches and our parties etc.

I do love to dance but more importantly I love to promote and preserve the dance. I dance at least 2 nights a week at Fat Harold’s. During this time I am either dancing or enjoy talking about my love for the dance, by getting others involved in the dance and our ODSC club.

As your new President, I ask for your support. I want to continue to strive to continue what our previous Presidents have set before me to be a dancing club that does its best to promote and preserve the Shag whenever and wherever we can. I also want to respect and listen to our membership.