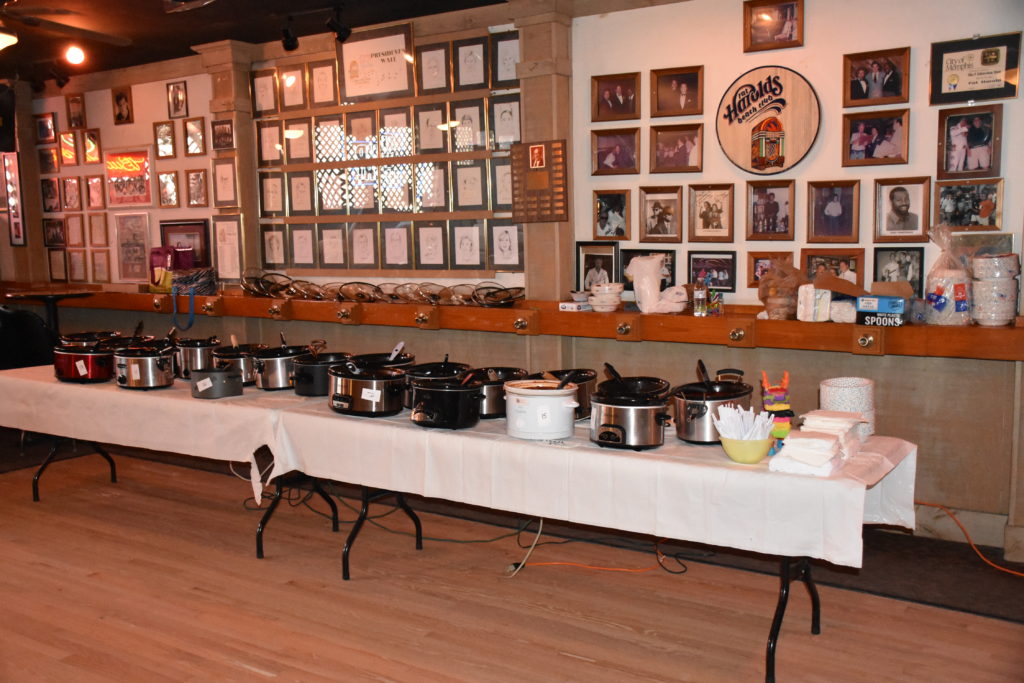 On March 17th the O.D. Shag Club held our Annual Chili Cook-Off at Fat Harold’s Beach Club. The theme for the Cook Off was western so many members dressed up with their cowboy hats, boots and western attire. We had a great turnout, but it would have been nice if more people had brought chili. The chili I took was gone before I got to it. Maybe that was because it was so good! As good as it was though, unfortunately it was not good enough to win. Vickie Harrison won the $75.00 first prize with Donna Williams winning

$50.00 for second place and Dolly McDermott winning the $25.00 third prize. Gail Johnson won the Logo prize and Monica Powell won the money for wearing her name t ag. It pays to wear those name tags and Logos. Ken Meyer won the big prize for the evening, the 50/50 with a payoff of $233.00!!!

Tim Shumway, Mollie Putnam and Kristie McDonald had the enviable task of getting to taste all the chili, but then had the unenviable job of selecting the winners! That must have been a hard job and we thank you, even if you didn’t pick the best chili I have ever made!!

Our special thanks to Donnie and Wendy Schultz and the other members of the Food Committee and everyone else who made it all happen! Also, thanks to everyone who brought chili and desserts!